The Ailsa Craig Engine Company was a manufacturer of marine and specialist, made-to-order engines between 1891 and 1972. Named after the Scottish island of Ailsa Craig, the company began as a bicycle manufacturer in Glasgow in 1891, moving to Putney (and later Chiswick) in London where they began building motor vehicles.

Ailsa Craig produced the world’s first V12 engine in 1904, worked for the Ministry of Munitions and the Admiralty during the First World War and in 1926 was granted a Royal Appointment.

There was further war commitment in 1939 from an additional factory site in Twickenham until after the war when the factory moved to Ashford where it continued to produce high quality diesel engines until sold to Warsop’s Fram Group in 1964. The company was closed down in 1972.

Ailsa Craig Diesels. 1932 saw the introduction of the first purpose-designed Ailsa Craig diesel; the “DD2”, a two cylinder developing 10 b.h.p. per cylinder at 1,600 r.p.m and intended for marine use. In 1938 the original Aero piston crown combustion chamber design was replaced by Ricardo whirlpool combustion chambers in the cylinder head, making the piston crown flat and increasing the efficiency with an 18.6:1 compression ratio. The designation thereafter was “RF” and applied to all the diesels. 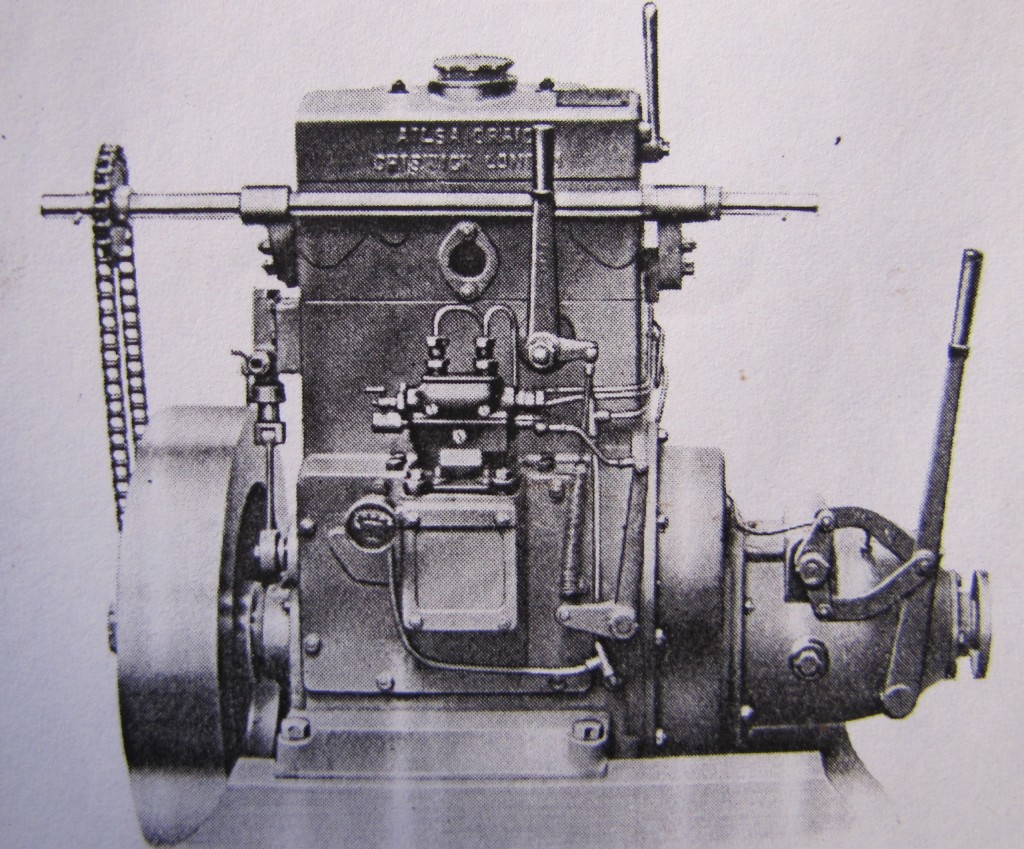 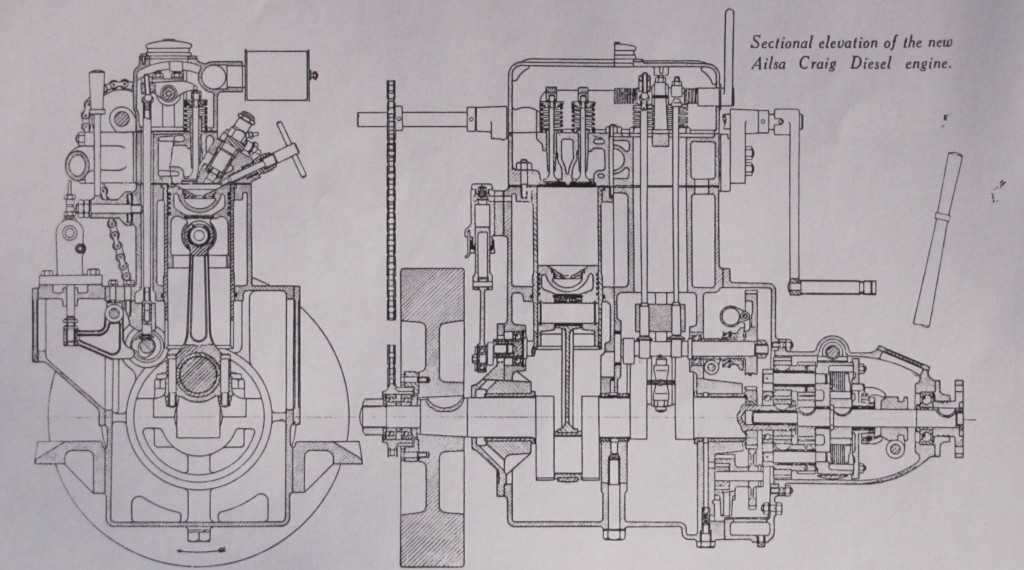 Ruda’s engines. Ruda is fitted with a pair of Ailsa Craig RF2 diesel engines. They are numbered CF2 3884 and RF2 3885 suggesting that she received the first of the new Ricardo engines together with the last of the CF ‘Aero’ units modified to match its twin. The engines are handed; the starboard engine with conventional rotation and the port engine rotating ‘left-handed’ (that is clockwise as viewed from the front). 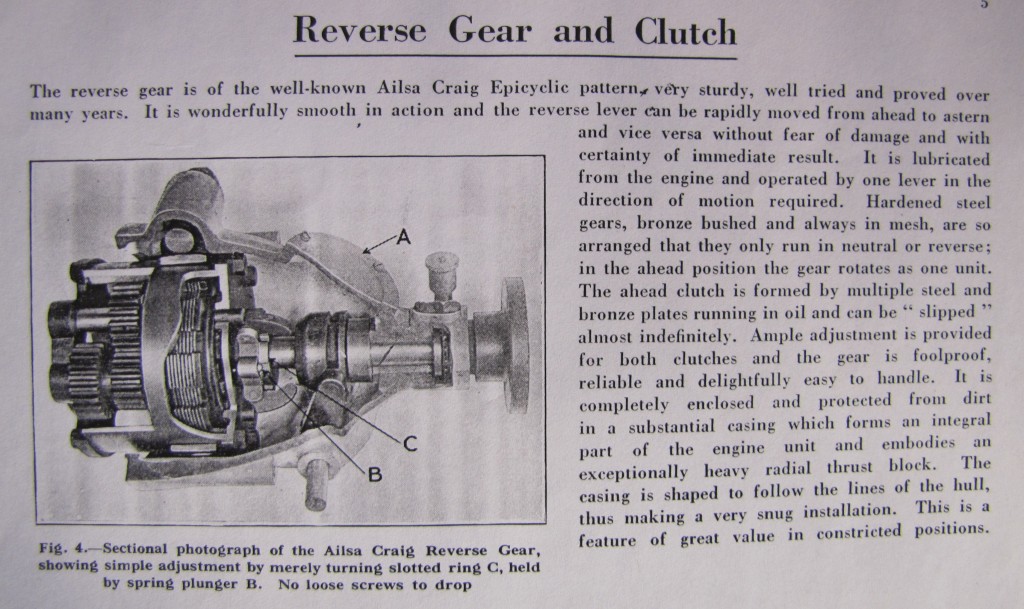 The engines are fitted with Ailsa Craig’s own design of direct drive (i.e. 1 : 1) epicyclic reversing gearbox coupled to Gaines 14″ x 17″ handed propellers which are of a much higher pitch than was usually recommended for the RF2’s. It seems that the lack of height in the engine space made impossible the use of a reduction box and that Harold Lindford (Ailsa Craig’s Chief Designer) instead fitted high-pitched props and made a compensating adjustment to the motors’ mechanical speed governors.